The Homes of Queen Elizabeth II

As the world watched Queen Elizabeth's coffin travel to Westminster Hall last week, it was adorned with a foliage selection handpicked by the Queen herself. A simple, yet elegant, pillow of white roses, dahlias, rosemary, and pittosporum and, perhaps equally as poignantly, lavender and rosemary from the gardens of Windsor and pine from Her Majesty’s Scottish home of Balmoral accompanied the Queen on her journey.

It was not surprising that the Queen wanted a piece of her country homes close to her. After all, she was said to be very attached to her homes, particularly those where she spent much of her time. Throughout the Queen’s life, she traveled to over 120 countries, but she seemed to have a particular fondness for life at home, which was spent between six of the Queen’s houses. For us Americans who don’t know the countryside from London or a castle from a palace, here is a look at the homes where Queen Elizabeth spent her time:

We’ve heard a lot about Balmoral throughout the years, as this rambling 52-bedroom, 50,000 acre working estate has become synonymous with the Queen and is believed to have been her favorite home. The Queen spent summers and early autumns at the rural Scottish estate (the closest small town is about six miles away) and many of our iconic images of the Queen with her corgis and horses were from here.

In contrast to Balmoral, the iconic Buckingham Palace is not owned by the royal family but is made available for the current reigning monarch’s use. Buckingham Palace has served as the official London headquarters of the sovereign since 1837. The 775-room palace consists of living quarters, state rooms, and offices, and sits in the City of Westminster. This is very much the working center of the monarchy and is the site of many social events and a place to host dignitaries from around the world.

Originally known as Buckingham House, the building at the core of today's palace was a large townhouse built for the Duke of Buckingham in 1703 on a site that had previously served as a mulberry plantation. It was acquired by King George III in 1761 as a private residence for Queen Charlotte, and was later enlarged multiple times, including during the 19th century when architects John Nash and Edward Blore constructed three wings around a central courtyard. Buckingham Palace became the London residence of the British monarch on the accession of Queen Victoria in 1837.

The last major structural additions were made in the late 19th and early 20th centuries, including the East Front, which contains the well-known balcony on which the British royal family congregates to greet crowds.

Queen Elizabeth moved into the palace’s royal residences after her father ascended to the throne in 1936. Buckingham Palace remains one of the most popular tourist destinations in London.

Sandringham House was acquired in 1862 by Queen Victoria’s eldest son, Albert Edward (later King Edward VII), for himself and his soon-to-be-wife the Danish Princess Alexandra. The estate was passed down to Queen Elizabeth’s grandfather, King George V. While a structure of some sort appeared to exist back in the 13th century, it wasn’t until a few centuries later that local architect A.J. Humbert created what would be known as the current Sandringham House. Sandringham house held a special place in the Queen’s heart, as she spent many special occasions there, back to her childhood. She also made history at Sandringham, giving her first televised Christmas address there in 1957.

The grounds Sandringham Estate extend over about 20,000 acres of land and includes 13 villages. The grounds have been open to the public since 1908 and, for those of you travelers out there, occasionally short-term rentals come available on the estate.

A royal residence in the English county of Berkshire, Windsor Castle boasts 1,000 rooms and spans 13 acres.

Windsor Castle has a long and storied history, which spans multiple wars and embodies centuries of architectural history. Originally designed to project Norman dominance around the outskirts of London and oversee a strategically important part of the River Thames, the castle was erected in the 11th century after the Norman invasion of England by William the Conqueror. Since the time of Henry I (who reigned 1100–1135), it has been used by the reigning monarch and is the longest-occupied palace in Europe.

There have been many modifications to Windsor throughout its long life, and the castle survived both the First Barons’ War at the start of the 13th century and the English Civil War, when it was used a military headquarters and a prison for Charles I. Throughout the years, multiple members of the royal family made changes to the original Windsor Castle. In 1660, Charles II rebuilt much of Windsor Castle and, after a period of neglect during the 18th century, George III and George IV renovated and rebuilt the palace.

The Queen’s history was closely tied to Windsor. She moved here with her sister, Margaret, during World War II for safety reasons, and Windsor Castle was the main residence of the Queen from 2011 until her death.

The Queen lived in Hillsborough during her visits to Northern Ireland. It is also the official residence of Northern Ireland's Secretary of State. Built in the 1770s, the home is surrounded by 100 acres of lush green gardens.

Hillsborough Castle is not a true castle, rather, a Georgian country house built in for the Hill family. It was privately owned until 1922 when the 7th Marquess of Downshire sold the property to the British government.

The Palace of Holyroodhouse

The Edinburgh palace was the Queen's official residence in Scotland and was her home-away-from-home when she traveled to the area. The Queen typically visited Holyrood the first week of summer and often held a large garden party at the estate during an event known as “Holyrood Week.”

Holyrood has an interesting past: Legend has it that in 1128, David I of Scotland had a vision of a stag with a cross between its antlers and was inspired to build an Augustinian monastery in the same place. From early on the abbey included royal quarters for the monarch. In the early 16th century, James IV decided to convert these spaces into a palace. The palace was remodeled throughout the years and it was George V who made it into an official royal residence.

The Queen and Prince Philip with children Princess Anne, Prince Andrew and Prince Charles (left to right) in the grounds of Balmoral in 1960

The Best Part of Waking Up 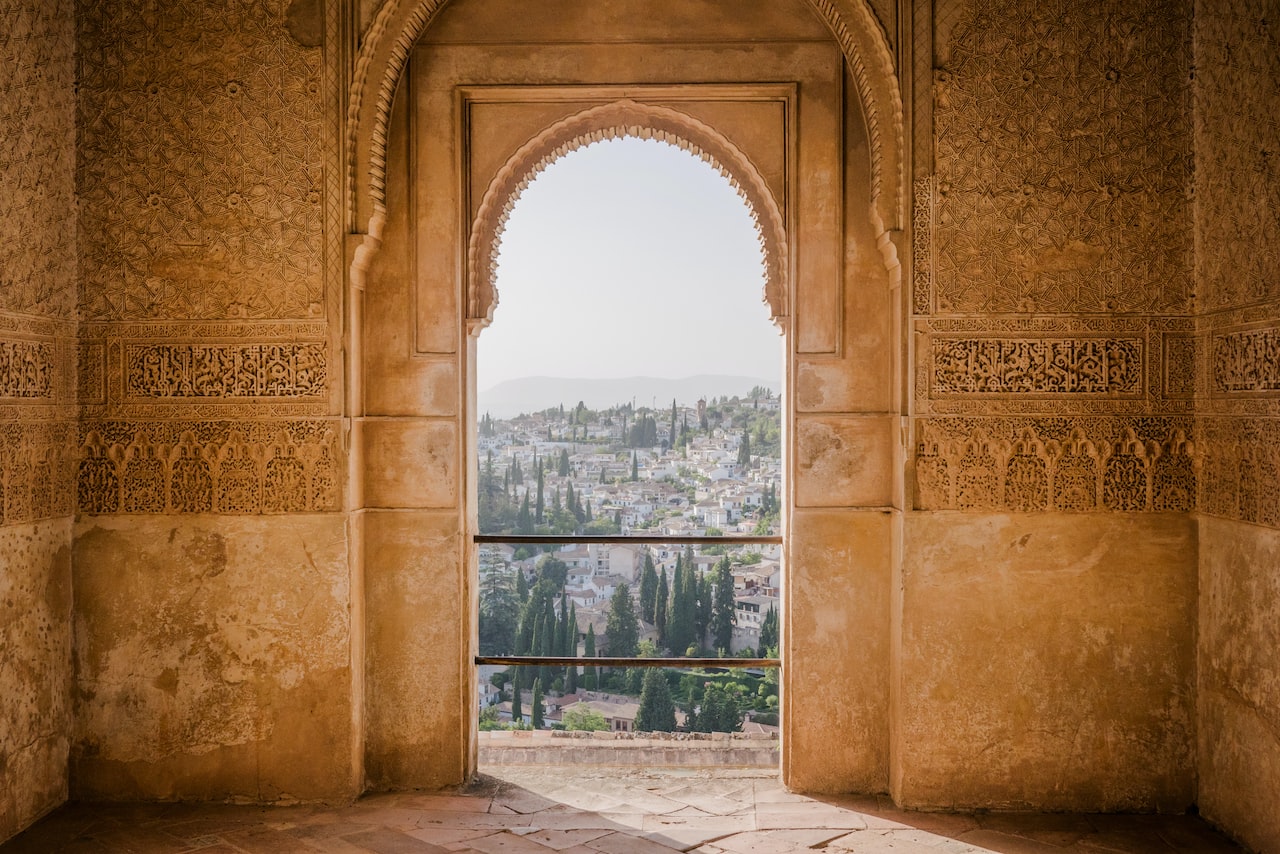